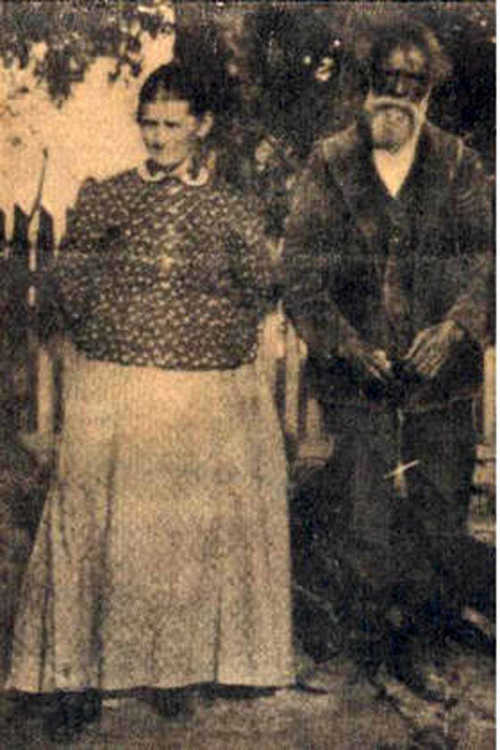 Photo used by permission Despite being born into slavery, Bettie and Charles Birthright became two of the most respected and influential citizens of Clarkton. Their house still stands on the town's main street.

In my previous column, "Can't never done nothin'" I pointed out that some people just won't accept defeat while others seem to spend their lives looking for excuses to give up.

I recently visited Clarkton to look at the house (now 143 years old) that Charles and Bettie shared there, and made the trip to Stanfield Cemetery to pay tribute to two of the Bootheel's truly great residents.

Charles was born into slavery in Tennessee on April 3, 1833. Bettie was born on a plantation near Lynchburg, Virginia on October 8, 1840 to a slave named Anne and a white father.

Both Bettie and Charles went with their owners through several moves until the families settled in the same area of western Tennessee. The two met and fell in love, and received permission from Bettie's father, who was still in Virginia, to be married. In a stroke of luck, the couple's owners relocated to the same area of Southeast Missouri. Bettie's family moved to Clarkton and Charles's to West Prairie, which was just a few miles away. Their respective owners allowed them to marry. Historic accounts indicate that their owners treated them well, almost like members of their families, but they were not allowed to live together. Due to the distance between the two (about 20 miles), they usually only saw each other on weekends.

After the Civil War broke out, the two were separated when Charles accompanied his master to war. He went with his owner as a valet when the young man went to fight for the south. Bettie went with her owner when she went to Tennessee to care for a sick brother.

Bettie bore Charles a son, Sterling Price Birthright, who lived just over four months. He is buried beside them in Stanfield Cemetery and was the only child to grace the union.

Except for being reasonably well treated by their masters and being allowed to marry, the couple found themselves in the same situation as many other slaves when the war ended; they were free, but with basically nothing else besides each other.

That is not entirely true. Because of the stellar way the two had interacted with others, they were respected among other area residents, both black and white. They also had the skills and talents they had picked up along the way. Bettie had superior skills as a cook and seamstress and Charles could play violin and was an experienced barber. The couple built their home in Clarkton. They knew the value of land and eventually purchased 560 acres in Dunklin and New Madrid counties, and developed it. Charles started a dairy that supplied milk to much of the area. They had a garden that did the same with vegetables.

Besides making money, the pair knew the value of saving and investing. They loaned money to others who needed a hand up. They also invested in the success of the area. Charles helped start an orchestra, which he was chosen to lead. When leaders of the area met to discuss construction of the first good school building in the area, Charles was the largest donor. The next time the town needed a new school, Charles repeated his generosity.

In 1901, the Dunklin Democrat published an article that listed Charles as one of the men who contributed most to the growth of Clarkton.

Charles passed away in December 1911 and Bettie in January 1917 but their generosity did not end with their deaths. They left their land to Stillman Institute (now College) a school in Tuscaloosa, Alabama which was dedicated to preparing black men for the ministry. Their donation to the school was not eclipsed until the 1980s. Stillman named Birthright Auditorium after the couple. Stillman later ceded some of the land left to them to Clarkton, where the town's school now stands. A marker on the grounds honors the Birthrights and their contributions to the school system.

According to records I have seen, Charles never learned to read or write. Neither he nor Bettie could ever legally vote in the United States. They were born into slavery. They had plenty of excuses to be average or less, but they chose not to. Instead they chose not to accept the limitations that life gave them. They chose to work hard and never give up, despite life's setbacks, and they chose to use their success to help others.

Charles and Bettie Birthright rose from slavery to become two of the greatest people to ever live in Southeast Missouri and, I would venture to say, the United States.

After all, winners never quit and quitters never win.

More from this blogger · Scott Matthews
Respond to this blog