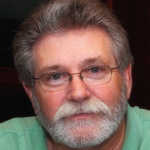 I have decided to write entries of 1973 news highlights. Perhaps you will find these events a memory that delights or one that you might find sad. Hope you enjoy and return for memory updates of 37 years ago in Malden.

Funeral services held for Mrs. Florence Riggs. (This is my grandmother. She owned Riggs Hardware. I loved her very much and miss her today.)

J. B. Graves appointed to the Cotton Hill Township Board to succeed the Late Tom Shelton.

Three charged with murder of Grandin banker, wife and daughter.

Associated Natural Gas Company announces they they will not accept any new customers for a period of one year.

17 arrested to drug raids in Malden.

City Manager petitions rejected by City Council for too many irregularities.

More from this blogger · David Black
Comments
View 1 comment
Note: The nature of the Internet makes it impractical for our staff to review every comment. Please note that those who post comments on this website may do so using a screen name, which may or may not reflect a website user's actual name. Readers should be careful not to assign comments to real people who may have names similar to screen names. Refrain from obscenity in your comments, and to keep discussions civil, don't say anything in a way your grandmother would be ashamed to read.
Respond to this blog