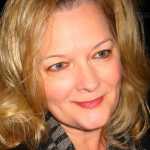 Sheryl at the Hollywood Bowl

This past August, Sheryl Crow was in concert at the Hollywood Bowl. It's always an awesome experience to see anyone at the Bowl, but seeing someone from my hometown of Kennett takes the experience to an all-new level!

In case you aren't familiar with the Bowl, it is world-celebrated as the finest outdoor amphitheater. The Hollywood Bowl got its start in 1920 when the residents of Hollywood walked up to Daisy Dell in Bolton Canyon to take part in a Hollywood May Festival (according to Wikipedia). In 1921, the first Easter Sunrise service was held in Daisy Dell. The residents took notice of the acoustics of the canyon and found it to be a great natural amphitheater.

Several years later, they began to build the shell, which is the iconic picture we know today. Now many years later, some of the world's finest entertainers have performed at the Hollywood Bowl -- from Lil Pons to Frank Sinatra to Nat King Cole to the Beatles, and now Kennett's hometown girl, Sheryl Crow.

There is a feeling you get when you enter the Bowl. It's like no other place on earth (at least not any I've been to). It's woodsy hilly and although it's in the middle of Hollywood, when you are there, it feels like you are out in the country miles away from the city. The Bowl is a unique venue where one can just sit back and enjoy the night air and the music without having to stand throughout the concert

Our first stop inside the Bowl was dinner at The Wine Bar restaurant. There are several places to eat or have a picnic, just fun spots to hang out and crowd watch. I was excited to be at the Bowl, but to be there to see Sheryl; it took on a whole new meaning. After a lovely dinner we were escorted to our seats.

The warmup band was Latin Grammy winning Cuban-Canadian singer-songwriter Alex Cuba. He opened up the evening with some great entertainment! It's humorous because after the concert we were waiting for an Uber and he and a buddy of his were waiting for one too. It was fun to visit with him for a few minutes. He was as down-to-earth as anyone I know! This was his first visit to LA!

The Hollywood bowl is at capacity with 17,500 seats. Sheryl's two concerts were completely sold out! She came on stage in a beautiful off-white brocade jeweled pantsuit and performed with the Hollywood Bowl Orchestra many good-time hits and ballads from "All I Wanna Do" to "Soak up the Sun" to "Callin Me when I'm Lonely." Seated behind the band, the orchestra, led by Thomas Wilkins, provided a component to the music that was both lavish and touching. There's nothing like having a full orchestra to really add color. The orchestra wasn't just used on one song for dramatic effect; it was used on eleven of her fourteen. To give you an idea of the level of musical talent involved here, Sheryl co-wrote the score for the orchestral numbers with David Campbell, composer. I'm told they worked on it for weeks, and pulled it off with only one practice. I think you can count on one hand the number of artists who can pull something like this off. It is a rare talent!

At one point during her performance, the electricity at the Bowl completely went out!! Very strange occurrence!! It did however come back on after about 15 minutes and she popped back out there and continued to entertain as if nothing had happened.

After the show we attended a VIP party backstage. I have to tell you this might have been one of the most exciting times for me! Someone told us that Paul McCartney's lead guitarist was there plus friends and family of the entertainers. The folks we visited with were outstanding as well as unique in many ways. I loved every minute of the conversations. Lots of whispering about who was who! But in the end, they were all just people who were there for a great show! We were able to visit with Sheryl for a few minutes and she was just as sweet and friendly as always! With all her success, she has managed to stay grounded and that in itself is an example of what an amazing and giving individual she is! Overall, a great night and a very cozy time with Sheryl and a few thousand of her beloved fans.

More from this blogger · Cindy Hine
Respond to this blog