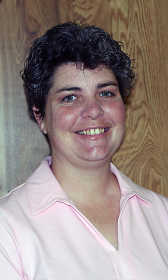 Two voracious pests are letting us know they are present in the garden. They have begun to infest many fruits and vegetables around our homes. In each case they leave a great amount of damage.

Stink bugs have a wider body with a diamond shaped shield on their backs. Stink bugs prefer tomato, peas, corn and beans for food.

Squash bugs will pierce the vine, sucking juice and life from the plant. Plant leaves will begin to yellow and the plant will wilt and decline quickly. The population is usually large as bugs begin to feed on the fruit, causing it to rot. These rotting areas progress through the fruit making it inedible.

Tomato plants will show damage on the fruit as it begins to form yellow splotches under the skin that will become hard at each point where the stink bug pierces the fruit. If the fruit is picked, these areas can be cut out and the remaining fruit is still good. In some cases the infestation is so severe that the fruit is inedible. If the fruit is left on the vine too long these areas may begin to rot.

On fruit you may notice the pin spot damage left by feeding which often becomes a sunken area of decay that penetrates into the fruit. This often leaves too many damaged areas within the fruit to cut out. The same damage can be found on corn cornels; sunken cornels with darker spots. If damage is confined to one end of the ear then it could be cut off and eaten.

Control of both pests involves an integrated approach using multiple methods and persistence. Many may eventually decide to surrender to the pest and let them take over but persistence throughout the year will reward you with lower populations.

Mechanical control involves tilling the ground where adults may overwinter in an effort to destroy as much of the population as possible. At night adults will hide in soil or debris so disturbance of soil will help to remove the population.

Sanitation involves destroying weeds near the garden that provide habitat for overwintering adults and host plants for feeding to get populations started in the spring. You may want to plant crops that repel these pests such as catnip, radish, marigolds, mint or bee balm.

Scouting is important. Stink bugs move through 5 stages of growth as they mature so scout the underside of the leaves on susceptible plants to determine when the adults are present and find any egg masses that may be attached to the underside of the leaf. Stink bug eggs are usually barrel shaped and laid in masses of 10 to 30. Squash bug eggs are laid in groups of about 20 and oval shaped. Both can be squashed with your fingers.

Adults could be collected in containers by physically picking them from plants. If you try this method use gloves as stink bugs will produce an odor when bothered and both pests can emit a foul smell when smashed. Boards can be placed on the ground at night to provide shelter for the adults that can then be collected in the morning when the board is removed.

Chemical application can be used for control in the form of carbaryl, permethrin or bifenthrin but at any given time of the day only 50% of the population will be present on the plant above ground. Of the 50% on the plant, the majority will be on the lower portion of the plant. The other 50% will be hiding in the soil when you spray so persistence is necessary to achieve control.

Sarah Denkler is a horticulture specialist with University of Missouri Extension in Dunklin County.

More from this columnist · At Your Service
Respond to this story