A statement to the citizens of Kennett from Mayor Dr. Chancellor Wayne 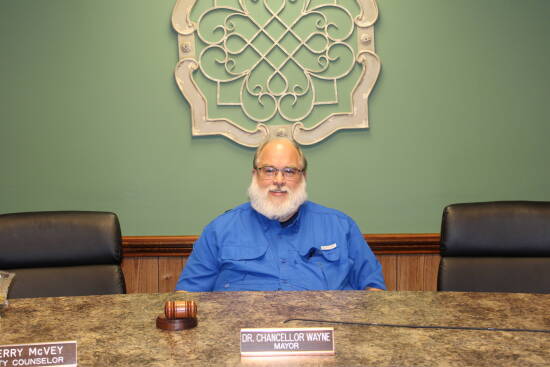 A statement to the citizens of Kennett from Mayor Dr. Chancellor Wayne

My pledge to the citizens of Kennett follows: If this is, indeed, brought forth, and results in a tie, I will vote not in favor of abolishment.

My prayer, as we move on, is that the City of Kennett and CLGW will come together and proceed in the best interests for Kennett.

Comments
View 1 comment
Note: The nature of the Internet makes it impractical for our staff to review every comment. Please note that those who post comments on this website may do so using a screen name, which may or may not reflect a website user's actual name. Readers should be careful not to assign comments to real people who may have names similar to screen names. Refrain from obscenity in your comments, and to keep discussions civil, don't say anything in a way your grandmother would be ashamed to read.
Respond to this story